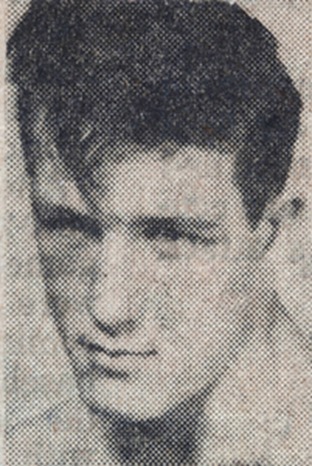 If we're rich, we're rich in stories. Money, after all, is limited. But a story, now that's where we all can be rich in hope no matter our circumstances.

We all have stories. Today’s technology, on an ever-increasing basis, allows us to keep them alive. Technology allows for updates as research is completed as well as the addition of photographs and other media as they are discovered.

As a lawyer I hear lots of great stories from clients. One of my favorites involves a client's grandson whom here I call Joseph. Some years ago the client’s daughter, Joseph’s mother, died of cancer. Joseph was then in his teens or a young adult.

The client and his son-in-law, Joseph’s father, were in the kitchen planning the funeral when Joseph came in.

“I want to speak at my mother’s funeral,” Joseph announced.

The witnesses there humored him. “Sure, Joseph. That’ll be fine.”

Each day leading up to the funeral Joseph said the same, and everyone humored him. You know kids.

Soon the day of the funeral arrived. The service was at a big church and packed, I believe, and was going well when all of a sudden Joseph made his move. He was front and center, armed no doubt with a microphone.

Joseph, who has down syndrome, proceeded to hold everyone spellbound with his insight. He told his mother’s story like no one else ever could. Then he quietly returned to where he was seated.

In 2002 I lost my father to cancer. When I could no longer see him in the flesh, I asked myself: Was it possible someone so wonderful had really existed? Or had it all been a dream? And so I took to writing down his many sayings and other things. In 2012 this reminiscing culminated with his life and times as told in this website.

A lifelong Minnesotan, Dad was elected to lead the local Boxing Commission for 25 years, 1976-2001. In total he spent at least 60 years in boxing, and his boxing work came to define him.

​He came up against nearly every challenge a boxing man can encounter. By the time his life was up this side of heaven, he'd pretnear done everything a boxing man can do, winning significant battles in and outside the ring and losing others.

By way of introduction to his life and times, here are some key facts you could say prepared Dad to serve the boxing community:

He was left-handed. Later he spent over a year in St. Joseph's Orphanage. There the good nuns made him right-handed. So Dad had a naturally strong left jab.

Growing up he lived among people of diverse backgrounds. O'Hara wasn't the family name. Ehrich was Dad's last name. His full name was James John Ehrich.

As a child he experienced poverty. His formal education ended in the eighth grade. But Dad was able to gain street smarts, which he defined as "common sense which ain't too common, and judgment."

For example, he learned how to anticipate the hustle and how to beat someone at his own game. By the same token, he learned when to throw in the towel.

His education from the streets also included psychology -- to cool tempers, and also to help people without their knowing it.

In the 1930s Dad's hero was his big brother John. A middleweight, John fought as Johnny O'Hara.

O'Hara was their mother's maiden name.

Dad learned middleweights have the power of a heavyweight and the speed of a welterweight.

In 1930 Johnny O'Hara had a professional record of 12 wins and three draws with only a single loss when he faced Iowa's undefeated Glen Allen. John went the 10-round distance twice in 1930 against Allen. The battles occurred in Iowa, and Allen got the newspaper decision both times. Glen Allen would retire with 37 wins, six losses, and five draws.

In the 1930s Dad hung around the Mike Gibbons Rose Room Gym. There was a pool hall nearby. The boxing gym plus the pool hall made for the Academy of Street Smarts.

At the gym Dad watched the famous Mike Gibbons and his son Jack, a star at every sport he tried. The Gibbonses had dignity. By dignity Dad meant self-respect. In boxing Dad never forgot the importance of dignity.

In the 1940s he entered the fight game as Jimmy O'Hara. Ray Temple of the Mike Gibbons Rose Room Gym taught him how to box -- not how to fight or punch so much as how to move smoothly and box.

In 1944 before 10,000 spectators, Dad was runner-up as a light-heavyweight at the Midwest Golden Gloves Tournament.

Over the winter of 1947-1948 he trained and fought as a professional out of San Francisco.

In November 1948 Dad married the love of his life, Kathleen Muriel Ann Weimer. You may know her as Kitty. She turned 90 in 2014.

In the 1950s Dad did some pro wrestling to pay the bills.

In April 1951 he and Mom had their first child, Gary James O'Hara.

In October 1951 a young Rocky Marciano knocked out an old Joe Louis. Eight days later, Dad saw the unspeakable. His brother Mike was shot dead after a street fight. Mike was 27.

When Mike was killed Mom and my brother Gary kept Dad sane. They kept him from revenge.

Wisdom that Dad passed on is that hate hurts you more than the guy you hate. Dad said you need to forgive him not so much for him but for yourself.

In the spring of 1952 Dad worked as a sparring partner for Joey Maxim. At the time Maxim was world light-heavyweight champ. Maxim was managed by Doc Kearns. Kearns had managed Jack Dempsey, Bennie Leonard, and Mickey Walker.

Dad picked up more than a few stories from Doc Kearns and Joey Maxim.

That summer, in June 1952, Maxim successfully defended his title against Sugar Ray Robinson.

About a year later, in August 1953, Dad got a big win. He defeated none other than Don Jasper of Duluth. The decision was unanimous.

Jasper was the terrific puncher, Dad the scientific boxer.

Dad kept Jasper off balance all night. Dad worked his strong left jab in combination with a right hook.

He was approaching his 28th birthday, and Jasper was four years younger.

Dad's manager was Murray McLean. Murray said it was 100 degrees ringside in the Duluth Armory the night Dad and Don Jasper battled.

In the 1960s Dad became an officer and director of the St. Paul Golden Gloves.

Also in the 1960s he expanded his wholesale business into pizza and spaghetti supplies. His partner was Jerry Hurley, who founded Jerry's Produce. Jerry lost his eyesight but outworked everyone.

In the 1960s Dad developed the restaurant accounts that would provide him with a level of financial independence. He began structuring each day to be free to work in boxing.

In December 1971 Dad took a huge step. Twenty years after the unspeakable occurred, he threw in the towel and joined Alcoholic Anonymous. He never touched a drop again.

With renewed vigor, he always thanked God for Kitty and AA.

His energy and effectiveness really took off when he quit drinking. In the mid-1970s he promoted 18 Golden Gloves shows in 18 months.

In June 1976 he was appointed to the Minnesota Boxing Board. In August 1976 he was elected Executive Secretary.

Dick Plunkett was then Chairman. A lawyer and bank President, Plunkett taught Dad how Board meetings are run, how to keep Minutes, and how to manage the paperwork of a government office.

You know Dad's main concerns were safety and honesty.

And as they say, the rest is history.

Dad had a memorable way of dealing with troublemakers. "I'm going to leave now and walk around the block," he'd say. "If you're still here when I get back, you're going out on your ass."

Jim O'Hara was called a gentle giant, and it was his pleasure to put his street smarts to work for the sport of boxing. He and boxing became inseparable. So as you come to know him in these pages, beware: If you don't already know and love boxing, the art of boxing, you soon may.